The Solar ITC in in Limbo – What does that mean?

The Solar Investment Tax Credit (ITC), a federal incentive program that encourages consumers and companies to install solar, presided over a historic period of growth in the solar industry. Under the Solar ITC, solar power capacity in the US grew by over 10,000% in a period of 13 years.

But in 2020, the Solar ITC is set to enter its sunset phase. The ITC will drop over the next two years, then disappear entirely at the start of 2022.

Solar industry leaders are strongly lobbying Congress to extend the Solar ITC, and politicians have indicated some support for doing so. But the ITC hasn’t been added to the legislative calendar, and the fate of the vaunted solar tax credit remains in limbo.

Today, we’ll dive into the Solar ITC – what exactly is it, has it worked, and what lies ahead for the solar industry if the tax credit expires.

What is the Solar ITC?

The Solar ITC is a tax credit for residential and commercial property owners who install solar on their buildings. The tax credit essentially rebates 30% of the cost of a solar project in taxes. Essentially, it equates to a 30% discount on solar installations for homeowners, businesses, and even commercial-scale solar utility projects.

Without intervention by Congress, the Solar ITC is set to drop to 26% next year and to 22% in 2021. Starting in 2022, the tax credit will disappear entirely for residential and commercial business owners, and drop to just 10% for utility-scale solar projects. 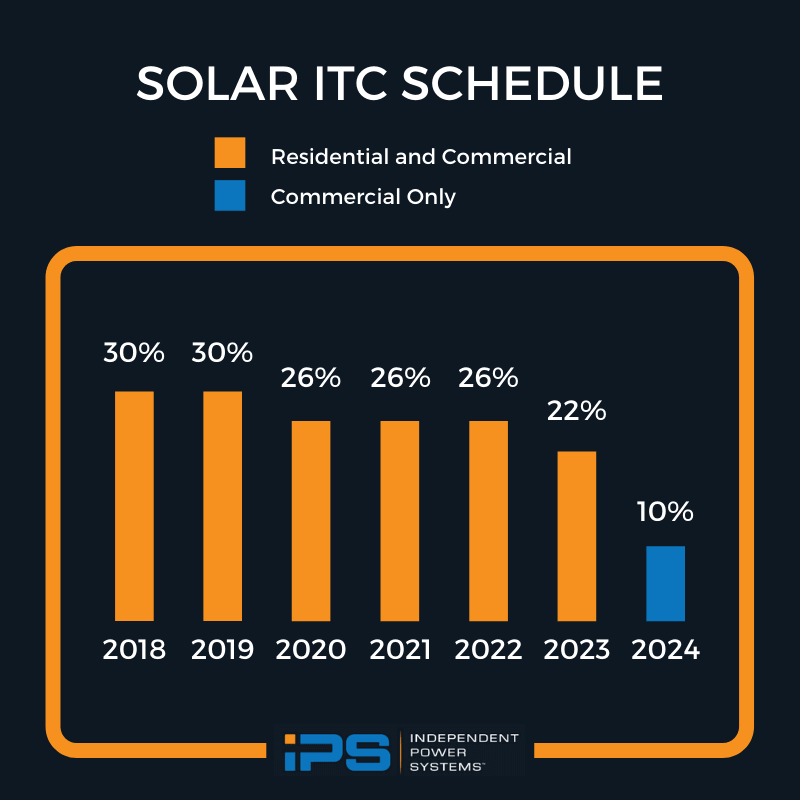 Has the ITC Worked?

A 30% discount on solar installations is a massive federal incentive. So, has the ITC been successful?

By most accounts, the answer is a resounding yes. The US’s solar capacity has exploded by more than 10,000% since the credit was first passed in 2006. Meanwhile, the number of jobs in solar has nearly tripled in the past decade, which offsets a significant chunk of the credit’s costs.

To be sure, not all of the growth in solar can be attributed to the ITC. Massive improvements in solar technology, along with a surplus of solar panels manufactured cheaply in China, has been responsible for the lion’s share of cost reductions over the past 13 years.

Still, the ITC has been extraordinarily important. A 2015 report suggested that were the Solar ITC to expire in 2016, as it was originally slated to, rooftop solar installations would have dropped by 97% in the next year. Tax credit aside, the Solar ITC has been essential for providing a stable environment in which the US solar industry could come into its own and gain a foothold in the national consciousness.

This isn’t the first time the Solar ITC has approached expiration. The legislation was originally passed in 2006 for a 10-year period, and Congress extended it for another four years.

The solar industry, led by the Solar Energy Industries Association (SEIA), has been heavily lobbying Congress over the past year to extend the ITC at its full 30% value. That effort has met with some success – 20 senators from both political parties sent a letter to Senate Majority Leader Mitch McConnell in June, urging him to bring legislation extending the tax credit to the Senate floor. A month later, bipartisan bills to extend the Solar ITC for another five years were introduced in both the House and the Senate.

Still, CEOs of major solar installers like SunPower and Sunrun aren’t optimistic about these bills, or the fate of the Solar ITC overall. In an interview with Green Tech Media, SunPower CEO Mark Werner put the odds of an extension at 30%. Both companies have taken significant steps to prepare for a future without the Solar ITC – Sunrun has established a nonrecourse debt arm, while SunPower has doubled down on solar modules and now energy storage.

Not Everyone in the Solar Industry Wants the ITC to Continue

While the majority of the solar industry has coalesced around support for an ITC extension, there is some debate over the role of the Solar ITC now that the industry has matured. Jim Lamon, CEO of DEPCOM Power, told Solar Power World about the tax credit, “We’re not a believer of it long-term. We believe that just like other forms of electrical production on the grid that we need to ultimately be un-subsidized.”

But, not everyone is so optimistic. A Bloomberg report suggests that cutting the Solar ITC will cause the solar industry to lose out on about 20% growth by 2022.

More broadly, renewable energy experts worry that extending the Solar ITC could have a significant negative impact on wind energy. While the US currently has more wind power capacity than solar, the falling costs of solar have dramatically reduced the wind power industry’s advantages.

The wind industry has also enjoyed a tax credit similar to the Solar ITC, but the industry has been phasing down in preparation for the credit’s expiration rather than aggressively pushing for an extension. If the Solar ITC is extended while the tax credit for wind disappears, the solar industry could enjoy an economic advantage that could catapult it far past wind power as the go-to for utility-scale renewable power in coming years.

What Comes Next for the Solar Industry?

For now, the fate of the Solar ITC remains highly uncertain. Industry leaders like Werner suggest that the best strategy is to prepare for the tax credit to expire, while continuing to push aggressively for its extension. That means developing financially stable lines of business like solar modules or expanding into solar financing, like Sunrun has. It may also mean that companies focusing on utility-scale solar need to pivot quickly to deal with the massive increase in project costs expected if and when the Solar ITC expires.

Still, it wouldn’t be entirely surprising if Congress passes some sort of legislation on the tax credit close to the end of the year. With SEIA lobbying hard and noted support from a number of lawmakers, the Solar ITC may just find some new life. 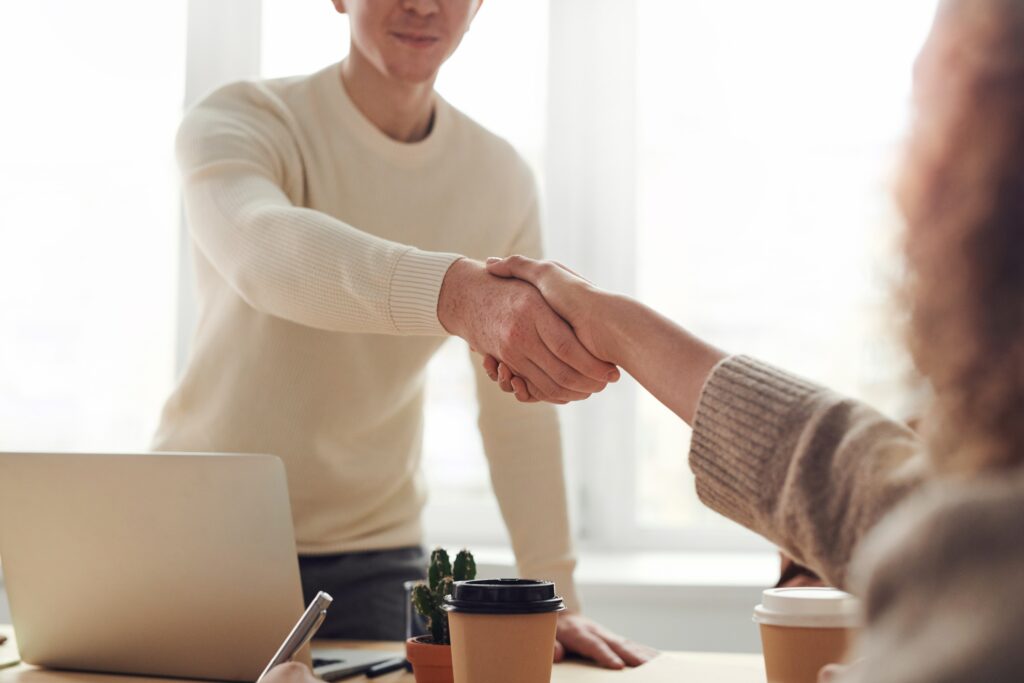 When you think of making a sale, a software solution is likely not the first thing that 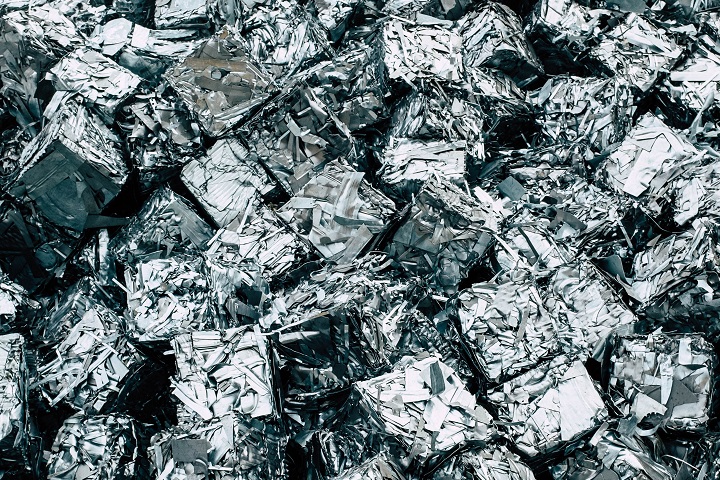 Forecast for Solar Panel Recycling & What It Means for You 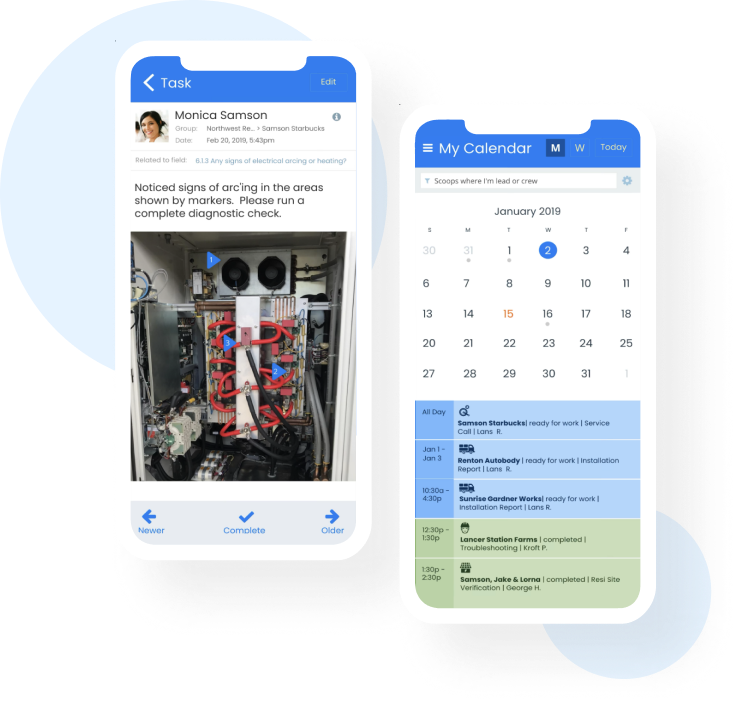