When talking about US states with booming solar markets, Texas is top of mind for many people. Coming back from the Solar Power Texas conference in Austin this week, we definitely experienced firsthand how the market is taking off in a big way. Here’s our summary of the Texas solar market outlook.

There is no doubt we’re on the cusp of a huge wave of utility-scale solar coming to the lone star state. Rooftop solar and storage also look poised to grow, although not at quite the same breakneck pace. As we heard constantly, there are several unique market characteristics that will affect how solar and storage evolve in the Texas utility, commercial, and residential segments.

Bill Magness, President of ERCOT, opened the event by highlighting how solar makes up only a modest share of the utility scale generation in the state today—about 1.7GW of 94GW total—but that this share is about to grow tremendously. Historically, coal and natural gas have made up the bulk of power generation in the state. As coal plants have been retired and natural gas prices became less predictable, wind grew to about 19% of the generation. And now solar is joining that pack in a big way.

In all, solar accounts for nearly half of the long-term planned capacity additions in the ERCOT region.

In ERCOT’s Capacity Demand and Reserves forecast—a key planning document—there are sightlines to 19GW of new capacity coming on-line. 13GW of that will be wind, but a full 4GW will be solar, with a whopping additional 37GW of solar proposed in earlier stage, but still probable projects. In all, solar accounts for nearly half of the long-term planned capacity additions in the ERCOT region.

This development is being spurred by continued strong growth in both annual energy use and peak load in Texas–growth that just isn’t present in other parts of the country where energy demand is flat. Sector use is changing too. In the summer, residential load balloons from 25% of overall demand to 50% when the state’s home air conditioners turn on. A lot of this utility scale capacity will be built in west Texas, where land is relatively cheap, sunshine is steady, and running new transmission lines is still relatively easy given the sparse population. The outlook for the Texas solar market for large scale generation is obviously strong.

The View from the Rooftops

So the EPCs and developers are busy and getting busier. But what are the prospects for smaller-scale installations? There are no state-wide net metering rules driving this market forward, because the vast majority of Texans buy their power from one of many retail energy providers who can structure their own unique types of energy products and services. The PUC tends to stay out of the way and let the market dictate how small scale solar will be integrated.

CoServ takes the approach of partnering with installers to ensure that customers have a realistic understanding of their expected savings.

As a result, uptake of rooftop solar has been relatively slow to date. Donnie Clary, CEO of CoServ, an electric cooperative utility operating in northern Texas, says they’ve seen about 200-250 rooftop installations in their service territory in the last 12 months. But he expects an uptick. He notes that they are experiencing a large number of corporate relocations from California and other states to their service territory, and with those new arrivals come requests from co-op members who want rooftop solar systems.

CoServ takes the approach of partnering with installers to ensure that customers have a realistic understanding of their expected savings. Power in the state is cheaper than in many other parts of the country, so offsetting utility power with rooftop solar doesn’t have the same payback found elsewhere.  He also expects to see increased penetration of batteries, smart inverters, and EV charging–especially if electric pickup trucks start to enter the market in a significant way.

And there is certainly a grid reliability and resiliency role for residential and small-commercial solar to fill in the immediate future. ERCOT likes to operate with tight reserve margins, which are the available standby generating capacity that can be called upon in the case of an emergency or unexpected high demand. Today they operate at less that 11% reserve margin (8.6% predicted for this summer), and this will drop to 7% in the next 5 years. This is a much lower figure than other grid operators use.

Most of the smaller-scale installers we spoke to were also busy, and in expansion mode.

Texas PUC Commissioner Arthur D’Andrea argued that this efficiency saves ratepayers a lot of money, as they’re not paying for unused generating capacity to sit idle, but with this comes with increased risk of brownouts. He says it’s a balancing act, but he’s optimistic that much of the needed system flexibility will come from distributed energy resources like solar, and demand response programs.

Most of the smaller-scale installers we spoke to were also busy, and in expansion mode, which anecdotally supports the suggestion that the growth in utility scale generation will be complemented by behind-the-meter solar systems.

Unique market characteristics have also slowed down the large-scale battery deployment you’d expect to see in the state. At the simplest level, this is because batteries are today treated by the regulator as generating assets. In ERCOT, if you own utility-scale batteries you need to register as a power generating company (PGC). However, the utilities in the state are not vertically integrated as they are elsewhere. Transmission & distribution (T&D) utilities like Oncor would gain reliability benefits from having batteries attached to their networks, but are prohibited from registering as PGCs.

Commissioner D’Andrea was cautious at the idea of opening the rules to allow the T&D utilities to own batteries. Although they have the potential to guarantee supply from the incoming wave of intermittent solar, the promise of the ERCOT market is that generators are supposed to make money on wholesale prices. D’Andrea worries that if utilities are guaranteed a rate of return on a large number of batteries, then it might prevent others from investing.

At the other end of the spectrum, the prospects for behind-the-meter storage seem equally murky. Although the actual numbers are not as clear, there’s no doubt homeowners in the state are pairing solar systems with storage. However, in Texas, the permitting and legal arrangements for tying into the grid are not as well established as they are elsewhere. To set up a grid-connected battery storage system today, you’d need to have a contractual arrangement with your retail provider, and an agreement with your transmission utility for safety and interconnection reasons.

In Texas, the permitting and legal arrangements for tying into the grid are not as well established as they are elsewhere.

The PUC has storage on its docket right now, and so some changes may be forthcoming. There was certainly plenty of talk about the future of storage, and given the pending buildout of solar generation in the state—not to mention the existing wind generation capacity—it seems a safe bet that storage will follow suit and experience rapid and significant growth in Texas in the next 5 years.

Are you a Texas solar developer or installer getting ready to capitalize on this boom? Scoop works with busy and growing firms across the country to optimize their field management processes and boost net profits by up to 60% by capturing low-hanging savings opportunities in soft cost reduction. Visit the Solar App Store to see some of the field processes we can help with, or contact us today for a consultative call and demo. 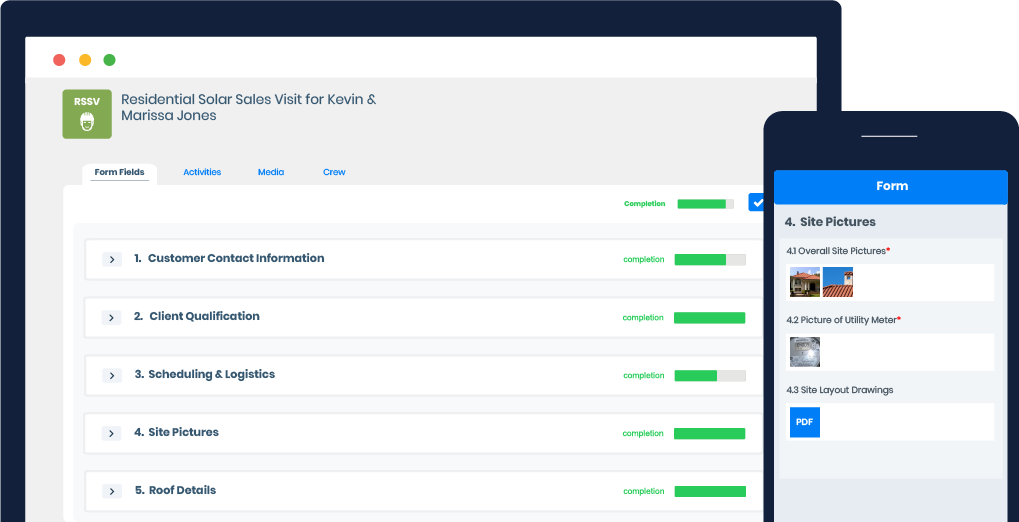 Progress reporting seems straightforward enough, right? Your customer wants to know how much longer until their solar 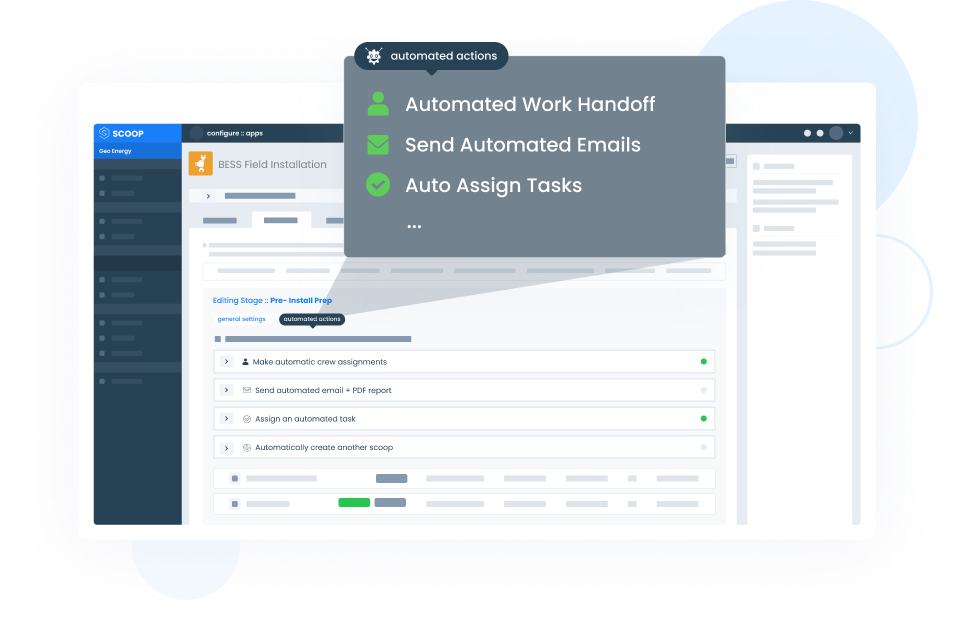 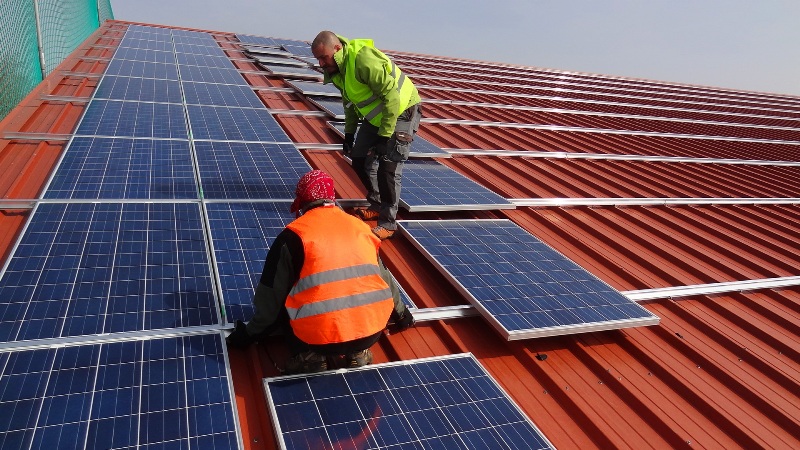 Looking to get into solar energy? Wondering how much it costs to get a system up and